World of Warcraft’s newest expansion: Battle for Azeroth, is a breath of fresh gaming air. The last expansion, Legion, was fun albeit visually repetitive at the end. Seriously – can we get some blue sky for the Love of Elune? Argus doubled down on the scorched-earth-and-black-sky motif that ran roughshod over the rest of the graphics.

We’re now a little over a month into Battle for Azeroth, and now we’ve had time to explore Kul Tiras and Zandalar, we feel pretty good about writing about them. These impressions aren’t a definitive guide in the least. Instead, they are simply just that: first impressions.

Battle for Azeroth is more than just linear questing. In fact, it feels that Blizzard listened to its players when creating so many different questing options to level and grind rep. Legion was unintentionally linear. Sure, a player could choose which zone to start in but eventually that player needs to go to at least 3 of the 4 zones to hit the level cap of 110 (unless they grind dungeons or PvP battlegrounds). 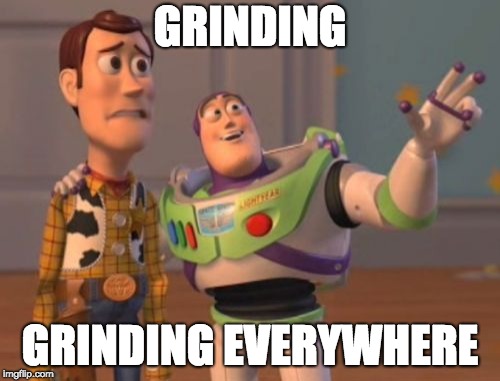 In this expansion, I felt like I could really quest where I wanted to quest without the hassle of having to complete absolutely every quest possible. We also knew heading in that Blizzard would include a multiple part Pathfinder achievement that demands our attention to major quest chains. That’s not an issue. Honestly, it’s my early guide to what I need to do with my first 120. Not a bad feel to it.

I guess now that I read my own words I’m saying that technically there still is a ton of questing. What I am trying to convey is that we’re not following a single linear quest line all the time. We can hop, skip, and sail to Zandalar for War Front quests for a break in the action. It’s a nice change of pace.

Impression 2: We have blue skies!

Over a decade ago, I stumbled upon a fantastically even-then-entirely-too-old website. I share the belief that games need more blue skies. Let me qualify this. We don’t need Sonic blue backgrounds or Legend of Zelda II blue skies. Well we kind of do – but what we need is simply more blue skies. The Argus patch destroyed my want to play World of Warcraft upon launch. I couldn’t believe how badly it ripped out my soul. It’s like someone in the planning room thought and then said, “You know what the next patch needs? More scorched gray earth with green fiery lava and black skies.” Blech. 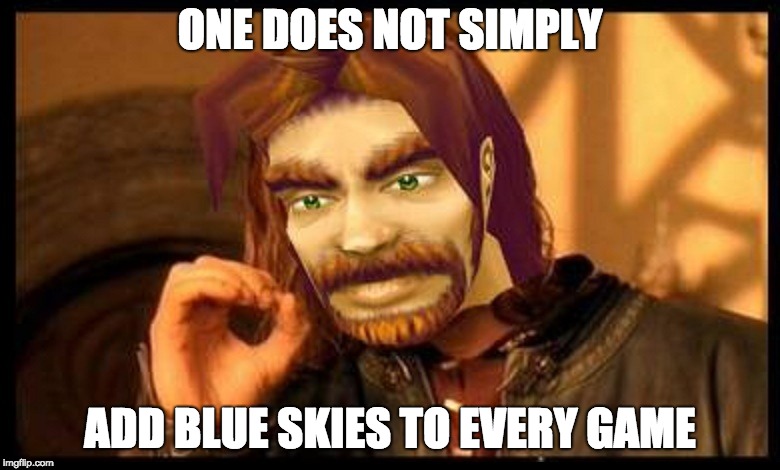 Remember The Timeless Isle? Blizzard didn’t. Argus was the goth chick/guy in the mid-00’s: this was over years ago.

Expansions typically bring class overhauls, and this expansion was somewhat not that different. This time, however, the class overhaul was rolled out before the expansion – allowing players to feel out everything before Battle for Azeroth launched. Blizzard did the exact opposite with Cataclysm, completing reconstructing the mechanics of paladins and hunters. Considering those were my 2 favorite toons when Cataclysm launched, I stopped playing less than 3 months in. That’s a long time and not a long time at the same time. 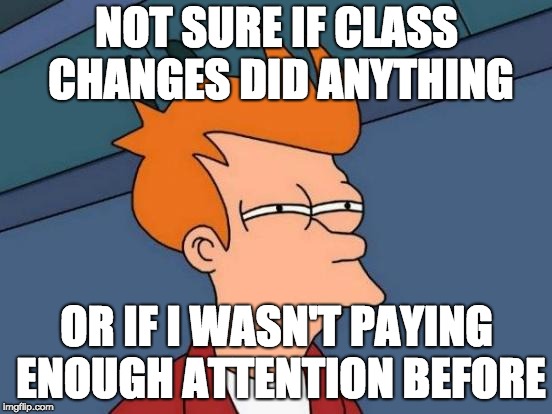 In the end, I’m liking Battle for Azeroth. It is a welcomed change from Legion, and the flow of quests and meaningful play time has significantly sparked my interest. Now we wait and see when Blizzard will release the second half of the Pathfinder achievement.