For the first thirty years or so of my life, the only fantasy writer I knew or even really cared about was Terry Brooks and his unbelievable Shannara series.  While I have read and thoroughly enjoyed many different sci-fi authors like Orson Scott Card, Robert Heinlein, and Joe Haldeman, I have always seemed to avoid the fantasy sub-niche for whatever reason.  Well, thankfully I wised up and stumbled upon a highly acclaimed fantasy trilogy by Joe Abercrombie called The First Law series.  The Blade Itself serves as the trilogy’s first book,and once you crack it open chances are your fingers will not want to put it down.

Originally published in 2007 (see how quick we are with these?), The Blade Itself is all about extreme violence, dark but hilarious humor, and characters so solid you swore Mr. Abercrombie had to have worked at BioWare in a previous life.  Take Captain Jezal dan Luthar, for example, who you’ll quickly realize is nothing but a pretentious, but hysterical asshole who is only trying to get laid, or Brother Longfoot the world traveler slash navigator slash human Frommer’s who you will instantly want to plan and lead your next family vacation, because the guy, and the writing is that hilarious.  But like I mentioned earlier, dark humor is not the only positive about this excellent read: war is brewing (shocking, right?), and the action scenes rank up there at the exact same level of awesomeness. 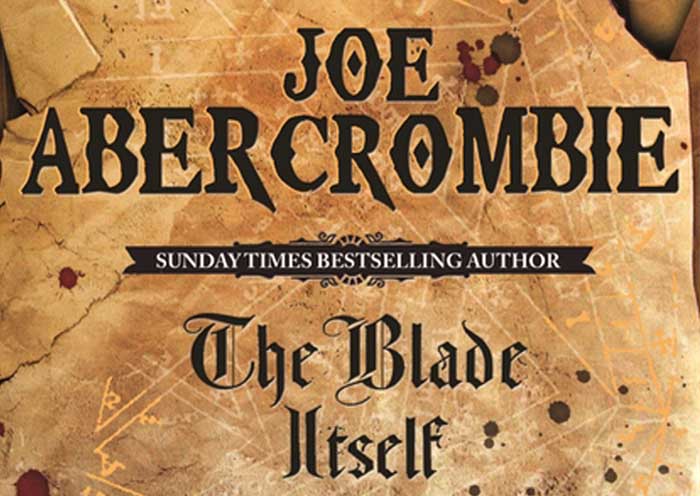 With the trilogy’s second book sitting on my doorstep yesterday, I am fully committed and enthralled by this series, and if you enjoy fantasy series, you should be too.  Amazon used books sells these bad boys for literally two or three bucks each, and in near-new conditions, so you have no excuse not to experience some of the best characters and nonstop action in Abercrombie’s The Blade Itself.  Pick this book up today, LFG nation, trust me!