Believe it or not, television shows aren’t as bad as your parents told you growing up.  The Walking Dead has taught us how to survive a zombie apocalypse, Breaking Bad has showed fathers everywhere a unique way to pay for their kid’s college education, and well, you get the point.  But outside of the obvious plot twists and lessons learned there are gobs of subtly implicit pearls of wisdom that are baked into many episode’s cores: brilliant tokens of life knowledge that have only recently been excavated due to the amazing technology that is the digital screenshot.  So what I have for you today is just that: hilariously funny dating advice screenshotted from some of the best television shows around.  You’re not going to want to miss these!

Granted, Oprah isn’t my favorite television show.  In fact, I know for a fact that I’ve never willingly watched an episode on my own; when my beautiful wife has the remote control however that’s a different story.  Regardless, Oprah has arguably the best dating advice from today’s entire lot, even though it is photochopped. What’s the advice?  It’s simple: drunk messaging on LFGdating.com isn’t recommended! 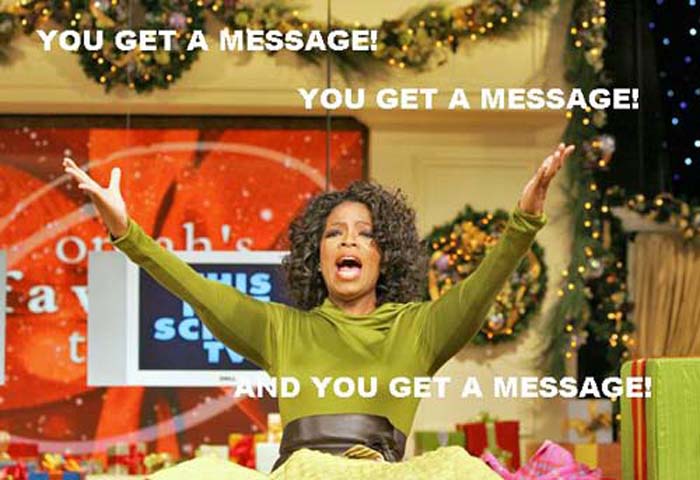 So who’s the next TV celebrity/show in the dating advice queue?  Ahh yes, Michael Scott! 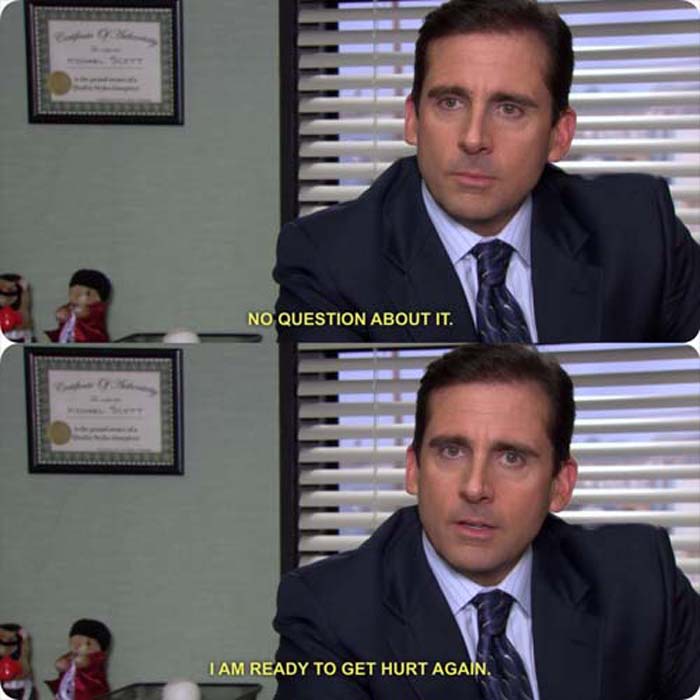 Michael Scott is definitely known for his wisdom, but he brings up a great perspective here for anyone who just ended up a long-term, and/or serious relationship.  Getting back into the game can be tough, especially if it’s been a while, but above all else don’t be afraid to get hurt!  (Also don’t forget to watch The Office, Thursdays on NBC, and now on just about every other channel!)  And since we’re on the topic of excellent NBC comedy shows, why not bring in some epic online dating advice/humor from 30 Rock?

Yeah, I don’t think that one needs any explanation.  Again, this is definitely more on the side of what not to do in terms of dating advice (which is the kind Liz Lemon seems to always receive, right?).  Up next is classic advice from maybe the best television character of all time: George Costanza. 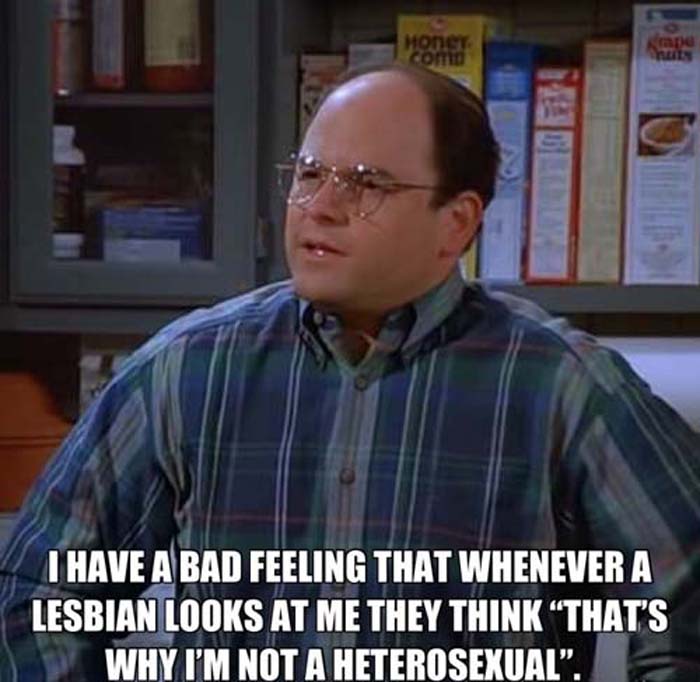 George is a simple man, and his advice is simple too: be confidant!  Also, don’t lie and tell you’re date you’re a marine biologist, because you never know if you’re going to have to prove it!

And last but certainly not least we present to you advice from some of the funniest guys on television today, the Workaholics. 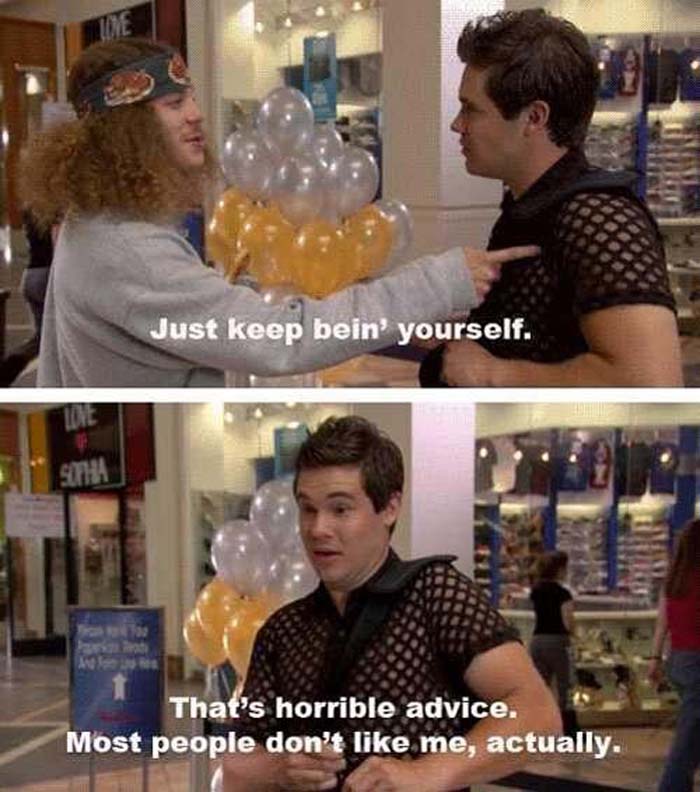 Much like George’s issue above, successful online dating – heck, just dating for that matter – really starts and ends with confidence.  Be confident in yourself, and we guarantee you’ll have better dates and even longer lasting relationships!

See how awesome television can be when you combine the power of subtitles and screenshots?  We are thrilled you’ve stumbled upon LFG, and hope you make the leap and create your own profile today!  We are growing like crazy, and hey, you get to put all these new-found online dating skills to work with your new LFG profile!

Thanks for stopping by, and stay tuned for more!