The first time I even heard of this crazy new thing called fantasy football, I was utterly confused. And I consider myself pretty into sports and gaming, mind you. In fact, I remember being in the faculty office talking with my other gamer-slash-teacher friend. He asked me if I wanted to join his league. The conversation went something like this:

Him: You want to join my league this year? We need a tenth man.

Me: Fantasy league? What game?

Then he just stopped dead in his tracks, and looked at me like the Bobs from Office Space when they told him about the upcoming layoffs. “You know…fantasy football.” 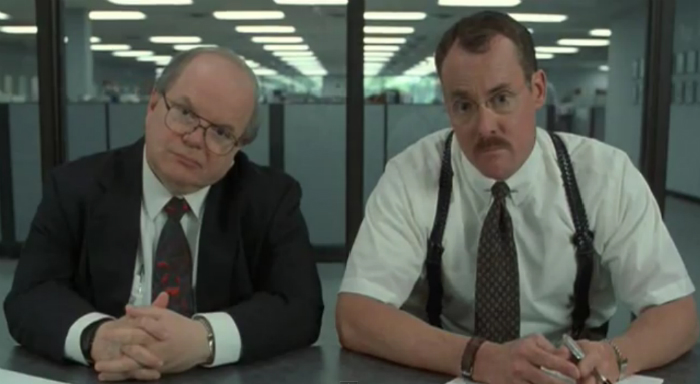 So…What do you say you do here exactly? Not pay attention to pop culture?

Me: Yeah no I don’t. What are you talking about?

Him: You know…You pick guys and they score points… You really don’t know?

Me: Let me into this conversation buddy! What are you talking about?

He told me all about it from there, and it seemed like a novel concept. I just didn’t get why they called it fantasy. Because to a gamer, if you put the word “fantasy” in front of something, that’ll damn near grab my gamer attention instantly. Think about it. Try reading these phrases and not think of gaming.

See? Now how is the newby to the fantasy football conversation supposed to act? I realize this is a cliche on t shirt, but I literally picture a wizard dropping back into the pocket and looking downfield for a 40-yard bomb. Or the members of the Fellowship of the Ring protecting Frodo as the running back. Or Cloud Strife handing off the ball to Barret Wallace (didn’t even think he had a last name, did you?) and watching him bull rush his way forward and shooting linebackers in the face with his machine gun/arm cannon. Right!? That sounds like much more fun than actual fantasy football. 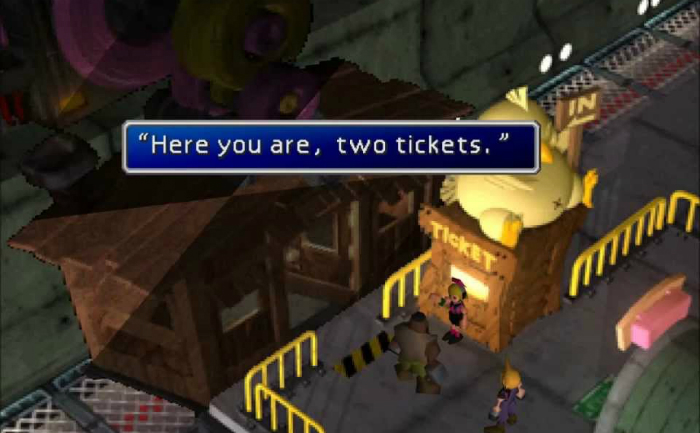 TWO TICKETS TO THE GUN SHOW!

But I digress. Here are some terms in fantasy football that may help you have a meaningful conversation with others at work or play. Or maybe it allows you to follow along with some modicum of appreciation for what they are saying. Just remember that it’s fantasy football, and some players are better than others, but nobody knows everything about everybody, and people who talk like they do, should be high-fived. In the face. With a chair.

Fantasy football is a game where people pick actual NFL players to be on their team. During real games, these players earn fantasy points for the person’s team by running for yards, receiving yards, throwing touchdowns, scoring touchdowns, and other offensive feats. PPR leagues stand for point-per-reception leagues, and that means that that specific league doles out one point on top of the other stats for each reception. Think of a haste spell in a RPG game. That’s like a PPR league in fantasy football.

The usual positions still apply: QB for quarterback, RB for running back, WR for wide receiver, TE for tight end. With most leagues, each team gets to pick 1 QB, 2 RBs, 2 WRs, and 1 TE. Typically, each league has a flex player too, and a flex player is a RB, WR or TE that the team owner (meaning you if you picked the team) gets to play on top of the original 6.

Each team also typically plays a kicker, a team defense and an IDP. A team defense is just that – a team that you pick to help you earn points for fumble recoveries, interceptions, defensive touchdowns and generally great all-around defense. An IDP is an individual defensive player. This person typically is either someone who loves to tackle other people a lot or someone who likes to intercept passes and run them back for touchdowns.

At the end of the game, whichever team scores more fantasy points wins the game, and at the end of the season, typically the top 4 teams make the playoffs. Truth be told, it’s a little more intricate than a crapshoot, but not by much. As long as your fantasy team doesn’t go the way of the Dreamcast, you have a shot at winning it.

Lots of people like to have fun or fancy fantasy team names. The league that I am in has some really good ones, but we like to keep it clean. For example, my team name is “…from Ohio” because the first time I played I had no idea what I was really doing, and that made me feel like Scott Thomas from Euro Trip when he stumbled into the Manchester United bar. One guy in our league has the team name Let’s Go To The Mall in commemoration of Robin Sparkles from HIMYM. And one woman has the team name Pollish Mafia. Read it again if you didn’t catch it the first time. And yes, she’s actually Polish.

Go and enjoy conversations now that deal with fantasy football. I was the newbie a few years back. I hope you don’t have to have a “Wot m8” moment like I had. And remember, every player in the NFL plays injured, so if you want to scare someone, just say, “Oh…you didn’t hear about their injury?…” Then smirk and walk away. Walk away like a freaking champion.