As a thirty one year old gamer who grew up with the NES and the ridiculously difficult Mike Tyson’s Punch Out, this speed run video was absofriggenlutely captivating.  For those of you have never played this game, you don’t quite realize just how brutal the ring got once you got towards the end of the game – so for speedrunner Jack Wedge to pull this off blindfolded is pretty much mind-boggling.

I will say that this whole speedrunning phenomenon is pretty cool, especially when it comes to retro gaming titles from the NES, SNES and N64 era simply because those system’s games were more platform heavy and thus simply relied more on timing than anything else.  While I think we’ve all tried to speed run Super Mario Bros before, the only other game I got into from a speedrunning perspective was Goldeneye 64, which is easily in my Top 5 Video Games of All Time. (Capitalized for emphasis.)  In fact, I’ll even post my own Goldeneye speedrunning record on the Aztec level, which I pulled off on 00 Agent: 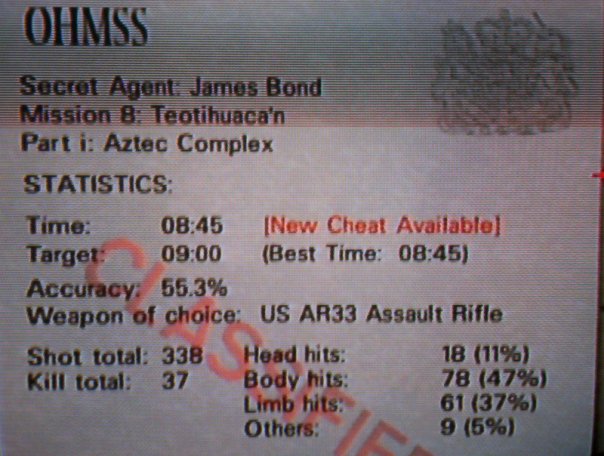 I know you’re impressed.  In all seriousness, it’s videos like the one above that should really rejuvenate us as gamers – if you haven’t pulled out your Super Nintendo in a few years, dust that bad boy off, throw it on your floor, and start smashing some records. Just maybe hold off on the blindfold.

Thanks for stopping by LFGdating!  If you haven’t created your own free profile yet, what are you waiting for?  Click here to join today!