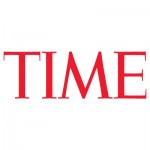 While I think the only places you’ll still find a print copy of Time Magazine these days is on your aunt’s coffee table, the publisher is still very relevant as their website ranks in the top three hundred most visited sites on the Internet.  Not bad, eh?  You know what’s also not bad?  Their 2014 study on how online dating actually saves most folks money in the long run, to the tune of about $6,400 bucks.  Yeah, we didn’t believe it at first either; click below for more details!

So let’s get down to the details.  Basically, a major research company out of New York called ConvergEx Group began compiling data, and in their online dating market research they started comparing the average relationship duration – meaning, from initial contact to actual marriage – in regular, offline couples with those that met via the Internet, like right here at LFGdating.  What they found is staggering, and I’m not even talking about the more six thousand dollars in savings that I mentioned earlier; the average offline courtship lasted approximately 42 months, while the average online courtship lasted just 18.5 months.

Isn’t that crazy?  Just think about that for a second: for those that are still too stubborn not to give online dating a try, they are not only giving away an extra $6,000, but they’re also spending an extra two years in courtship.  Just wow.

For the full research story over at Time.com just click here – and if you haven’t raised your LFG flag yet, what in the world are you waiting for?  Click here to view your geek and gamer matches on LFGdating today!