Even though it feels like we were just down in Miami, FL, for Supercon 2016, somehow the calendar says it’s already December.  So as we’ve done just about every year since our beta launch back in 2012, let’s take a stroll back through 2016 to showcase some of the biggest web development projects we’ve knocked out, as well as take a sneak peek at what’s to come in 2017.

Fresh out of the gates, Casey and I unveiled one of our coolest premium features here at LFGdating that JP would be all over – one-click stealth mode, which grants you ninja-like invisibility when you’re perusing other user’s profile pages.  Side note: leather trench coats are not recommended in your profile pics, but references to Grandma’s Boy most definitely are! 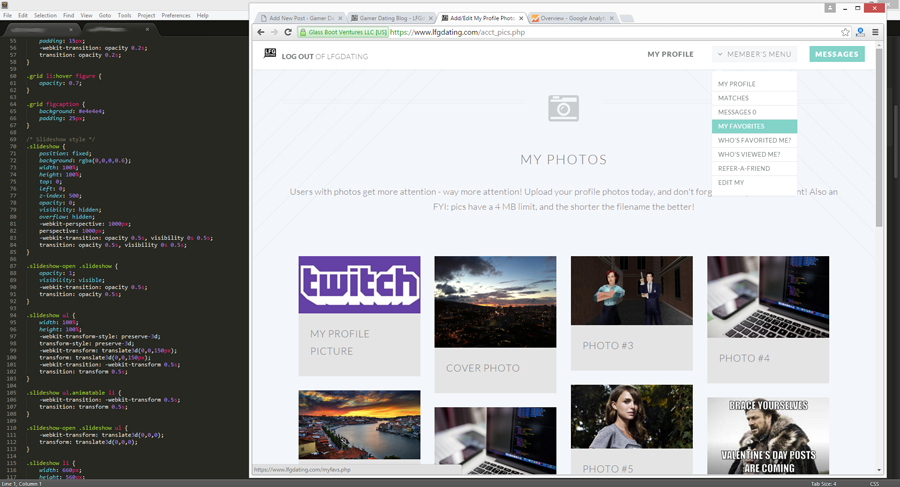 As we all know, creating a profile without a profile picture is like trying to beat Contra without the Konami code – just pure disaster.  So with our second major project launch in February 2016 we unveiled a much more user friendly photo management system that leverages the latest and greatest tech which means easier uploads for you.  And just like every other inch of our website, the photo system is 100% fully responsive, so it automatically adjusts and flexes to any screen size, device, or phone you can throw at it. 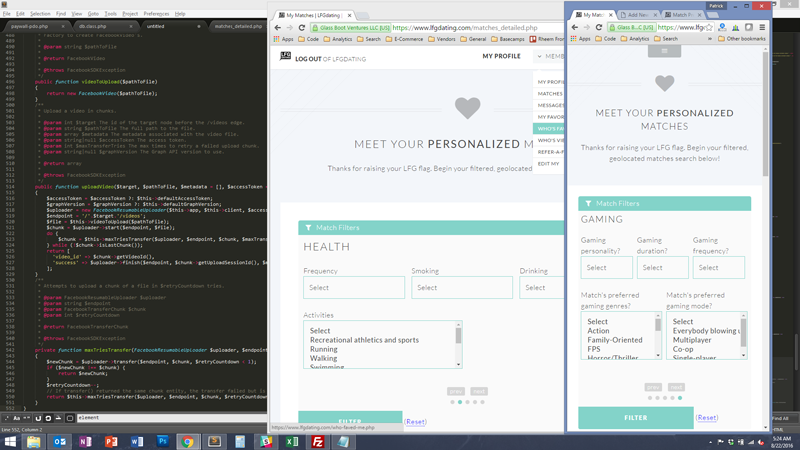 If you’ve been with LFGdating for a while, you may remember our somewhat lengthy match preferences survey which consisted of a number of questions that helped our algorithm connect you with specific sets of matches.  Well, due to overwhelming user feedback, we decided to convert just about that entire survey into free one-touch match filters so you can start seeing your matches even quicker.  This was an epicly-huge project, but it’s also one of the projects that we’re most proud of and excited about. 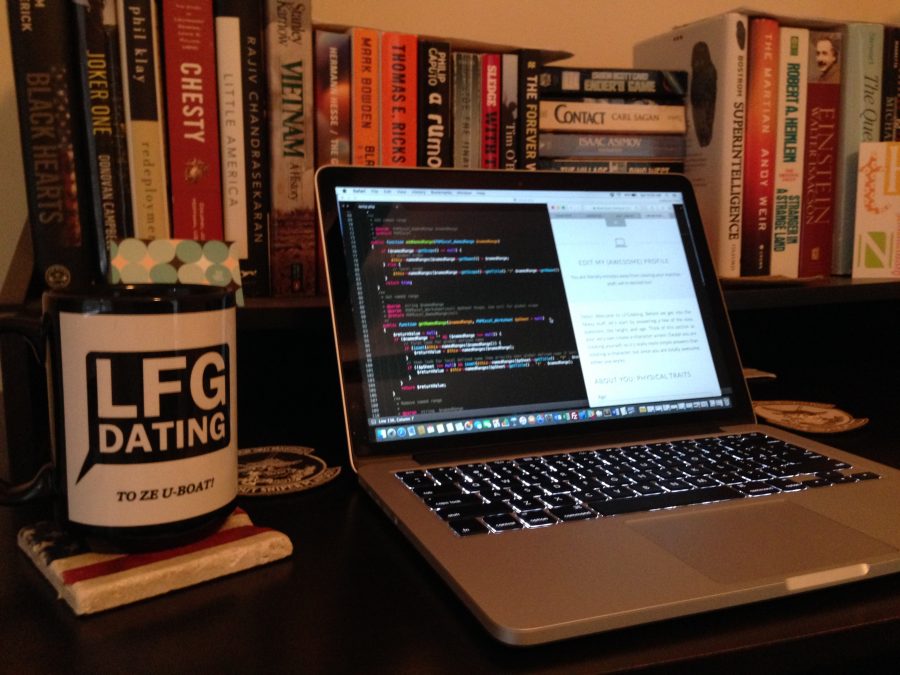 Yes, that’s a copy of Ender’s Game on my desk, and yes, that is still an amazing book.  Alright, regaining focus here, after our work weekend in September, Casey and I made another pretty ginormous decision, and that was to more or less bulldoze our entire user profile setup survey so that in the end, registration times could be cut in half.  While we feel you will not find a more unique online dating questionnaire anywhere on the Internets, we felt like it was time to catch up to the times and streamline the process a bit so that, much like the project above, you could get to your matches that much quicker.

While those were the major web development projects that went on in front of the curtain, there were tons more behind the scenes that really have transformed LFGdating as a whole.  What we appreciate most though is that the projects above – as well as many of the internal coding projects behind the scenes – were mostly all generated from a continuous stream of user feedback that have provided us with countless improvement ideas and assists on bug fixes throughout the year.

So what’s on deck then for 2017?  While we seem to say this every year (and for good reason), 2017 will absolutely be our most exciting year yet:

Thank you to every single one you that provided us with stellar feedback – the improvement projects above are a credit to you, and we cannot wait to hear what other ideas you send in to make LFGdating an even better experience than it is today.  Thank you for a great 2016, and here’s to an even better 2017!

// Not a user yet?  Click here to create a profile with LFGdating!